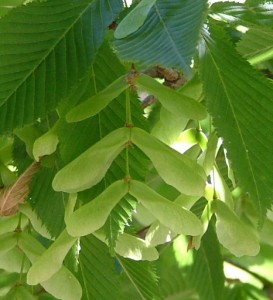 Lately, I have stumbled across a number of stories about inventions inspired by nature.  Most people are aware of how birds inspired some of the early designs in aviation.  I found the story of the hook and loop latches fascinating.  One day after a hunting trip with his dog, George de Mestral noticed that both he and his dog had picked up a lot of burs.  He wondered what made the burs stick so
he put one under a microscope and discovered that they had tiny hooks.  He devoted the next ten years of his life to perfecting the hook and loop latch.

More recently in aviation, miniature unmanned aerial vehicles were built with a design inspired by the maple seed pod.  Though speculations had been made since the 1950s about aerial vehicles based on the design, no one had figured out how to steer or control a craft that was falling in a spiral.  Dean Darryll Pines, along with his students at the University of Maryland Aerospace Engineering Department, came up with a body design for a craft to provide stability.

Today, I stumbled upon a story in Scientific American about the peacock mantis shrimp and its very special eyes.  The peacock mantis shrimp can see up to twelve colors of light.  For reference, people are typically trichromatic.  They can see three distinct colors of light along with all the colors that can be created by blending these three.  Some recent research, with contributions from Tom Cronin at the University of Maryland Baltimore, has shown that the peacock mantis shrimp can detect polarized light.  There is some speculation that understand the eyes of these creatures can be used to create better optical processing capabilities in CD and DVD readers.

Do you have any favorite inventions that are inspired by nature?