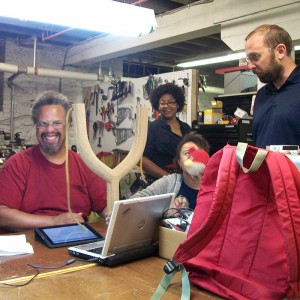 The Baltimore Node is a member-run maker space or ‘hacker space’ where people can hack, craft, and make interesting things in a supportive and collaborative environment.

As of May 2015, the Node has ventured to it’s newest ~2600 sq ft space at 2106 N Lovegrove Street. Part of Baltimore’s Station North Arts District, the Node is centrally located and accessible by light rail, bus, or bike. If you’re driving to the Node, from 21st street you’ll see a convenience store on the corner of Lovegrove street. There is free on-street parking available around the adjacent blocks.

The Node follows the Hackerspace model that is flourishing in cities around the world, including New York, Chicago, San Francisco, Berlin, Sydney, and many more. Members receive 24/7 access to the space, which is stocked with shared and donated tools and equipment. In addition to the informal exchange of wisdom and experience that comes from simply working in a shared space, the Node sponsors regular workshops and events on a broad range of topics.

The Node pays the bills through membership dues, donations, and revenue from community workshops. You can show your support for the Node by making a donation at the top of this page. If you have tools, supplies, or some interesting object you’d like to donate, get in touch on our discussion list or send an email directly to root [at] baltimorenode [dot] org. We are incorporated in Maryland as a Tax-Exempt Corporation and are now officially 501(c)(3) non-profit. Membership dues are $50 a month and reduced rates can be arranged based on need. 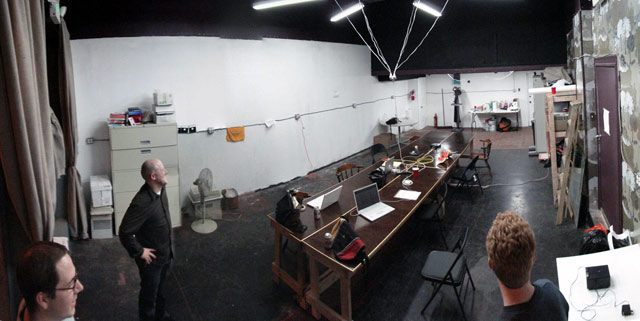 Some light reading on Hackerspaces

“The way hacker spaces are organized seems to be a reaction against American individualism – the idea that we all need to be in our separate single-family homes with a garage,” says White. “Choosing to organize collectives where you’re sharing a space and sharing tools with people who are not your family and not your co-workers – that feels different to me.”

“Endless curiosity is what links us all together. We hack because the thing we want doesn’t already exist and we have the skills to make it”