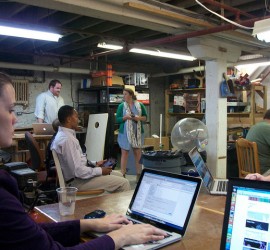 “I feel like the most accomplished person ever. Before Thursday I didn’t know what the word geocode meant and now I just successfully geocoded the addresses of all soup participants.” -Jennifer McDowell of Baltimore Soup   .   Thanks to everyone who came out for Mappy Hour at our Super-Special Baltimore Innovation Week Edition of OpenHack, […] 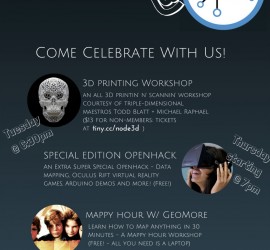 In honor of Baltimore Innovation Week, the Baltimore Node has thrown together a slate of awesome events courtesy of our brilliant members and our friends at GeoMore! 3D printing Oculus rift Open source mapping and more. Come join the mayhem! #BIW14 #HappeningAtTheNode 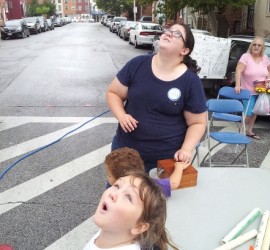 Neither rain nor gloom nor the odd electrical short stays the Node from the swift and repeated firing of kid-constructed rockets. We just couldn’t pass up the chance to see hoards of tiny tykes lose their little minds as their paper creations soared majestically into the air, and then crashed (for the most part) onto the roof of […]

The Baltimore Node will be at Hollins Market today from noon to 6pm for the Hollins Roundhouse Back to School Festival helping the future rocket scientists of America reach for the stratosphere. Come join us! #NodeOnTheRoad 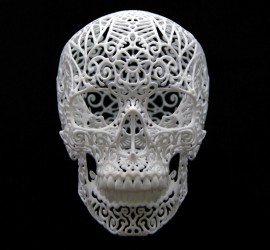 Join three-dimensional sorcerer Todd Blatt for a “Pew-Pew Pewsday” 3D Printing + Scanning workshop during Baltimore Innovation Week – Tuesday September 16th at the Node from 6:30pm to 9pm. Get your tickets on EventBrite. Print your own decorative skull for a performance of Hamlet … Resurrect a dinosaur … Or maybe baby just needs a new […] 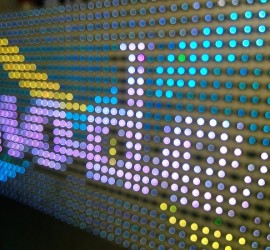 The indomitable Michael Diedrick has managed to wrestle our light board to glorious life. The display is driven by python on a raspberry pi, but can work via any computer that runs Python. Michael needs only a quick breather before he goes all coding luchador on the remaining kinks. The project originated in collaboration with Sherwin Mark […] 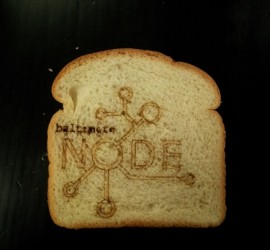 Somehow, a crew of map-obsessed marauders from Geomore managed to find their way from their usual digs on the other side of town to our humble abode at The Node. These folks have the kind of sense of direction that would humble a bumble bee. A treasure hunt gone wrong? No. They came for our first […] 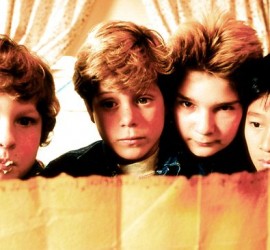 The Node is delighted to be hosting our friends at Geomore for their “Mappy Hour” this Thursday. Come on down to 403 E. Oliver St, starting at 6:30pm. And then stay for the Node’s weekly OpenHack openhouse. Here’s the event blurb: “Drink some beers, hack up a storm, and talk transit mapping for this month’s Mappy Hour! […] 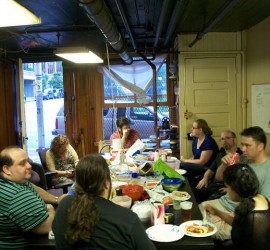 Thanks to everyone who came out to the Baltimore Node’s 4th of July barbecue n’ beers OpenHack. We successfully blew several people’s minds with the Oculus Rift virtual reality headset and filled everyone’s bellies with delicious food, including Jess’s amazing red-white-and-blue mini cupcakes!