The Node Book Club met yesterday at 6:30pm to discuss our first reading – the original paper on Hamming codes.  There was a lot of interesting discussion about the history of computing (from mechanical relays to modern consumer radios), and many other topics. (Disclosure: I missed a lot of discussion because I thought the meeting […]

Just got done with the second workshop in my thrilling “Linux For People” bi-fecta, “Using the Hell Out of Vim”. Thanks to all who came out, it was good to see brand new faces out at the space along with the regulars. Hopefully there was no boredom, only the awesome intake of Vim knowledge that […] 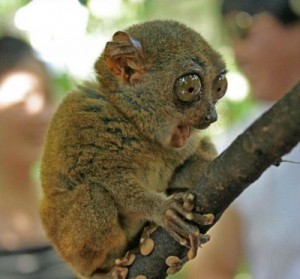 The first Baltolug meeting being host at the Node is happening next Tuesday. Brian will be presenting a talk on everyone’s (and I mean everyone RMS) favorite editor Vi/Vim. Even tarsiers love vi.

Thanks to everyone who came out to the Baltimore/DC area RepRap Users Group today at Baltimore Node.  It was the first in a long while! Marty McGuire and Anderson Ta brought their MakerBot’s (#131 and #1727, respectively), and a bunch of folks interested in 3D printing descended on Baltimore Node to share technology, knowledge, and […] 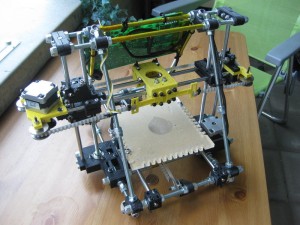 RepRap! Darwin! Mendel! Cupcake! Huxley? What does it all mean? A RepRap Users Group is a group of enthusiasts for Desktop 3D printers – 3D printers that you can build and run at home to make whatever you want out of plastic! This Sunday at 2pm, come on down to the Baltimore Node and join […]

As part of one of the mini-revivals that we like to do every once in awhile, a bunch of members sat down this week and finally put some workshops on the Calendar. We’ve got beginners soldering classes, a chance to meet a MakerBot, and a command-line boot camp, but I’m going to share a few […] 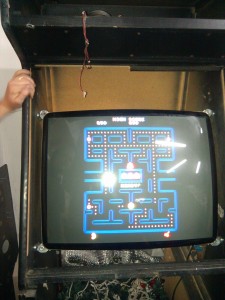 Pre-PS Check out the meeting minutes. Tonight was another successful monthly meeting and I thought I’d share some of the news. First off, we can now welcome our newest member, Colin Freas. He’s now our third ‘Ginger’ and brings some pretty 1337 java/paintball skills. Heads up on an upcoming event!! Megapolis Festival is THIS weekend. […]

Baltimore Node is pleased to share some of the results of Co-Lab, where we open up to artists to share our resources and knowledge to help them realize technological aspects in their work. For our first collaboration we worked with aerostat pilot Lilly Stark White and Tilted Torch artist Miss Joule. Many hours later of […]