Every Thursday is Open Hack

Come create, tinker or hack something, or come to talk project ideas and world domination plans. 7-11pm every Thursday

From electronic, woodworking and general shop, we have the tools to explore, innovate and create 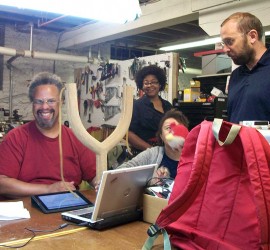 This is what we're about 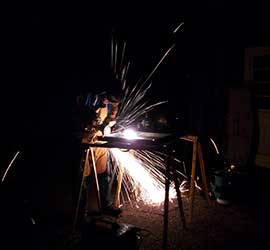 What equipment do we offer members? 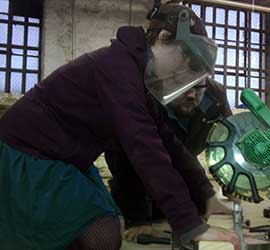 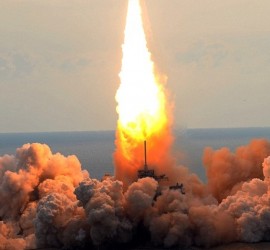 Well, not THAT kind of rocket launcher, but still pretty awesome. The Node crew recently had the opportunity to participate in the Innovate At Your Library event over at Towson Library. A gaggle of curious kids + folded paper + some seriously compressed air = crazy flights of fancy. Check out some pics courtesy of […] 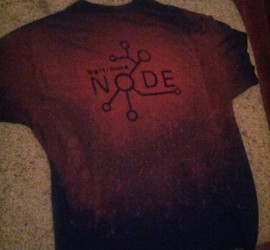 I made a 50/50 mix of bleach and water, and put it into a spray bottle. I used Inkscape to convert the .svg of the node logo into a .dxf file by simply opening the svg and saving it as .dxf which imports easily into the LaserCut5.3 software. I cut the Node logo out of […]

The Node’s new 80W 900mmX600mm laser cutter is up and running. We are still testing it and learning how to make the best engravings and cuts and to use the software best. Special thanks to Todd Blatt, Marty McGuire, Amy Hurst, John Grant, Mark Huson, Michael Diedrick, Maze Lee, John Cutonilli, and many other members […] 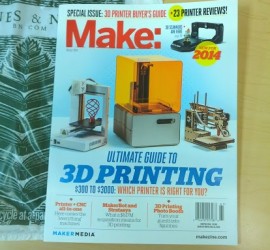 Got plans on Thursday November 14th?  You do now!  Come out to the Node to participate in the second annual 3d printer meetup hosted by Make: online and in person.  People from all over the world (currently 36 countries) in hackerspaces and similar places  are gathering in physical locations and joining up on a Google+ […] 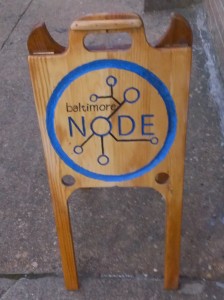 Our special thanks go out to friend-of-the-Node Tom Riley for making us a beautiful hand-carved folding wooden sign with the Node logo. If you’re having trouble spotting the Node on OpenHack night, check for the sign–hopefully it’s out. 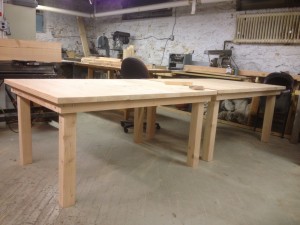 We’re through living like college freshman on mom’s old card table (and soon will be living like college juniors on something we cobbled together ourselves). Over the past couple weeks, we’ve built a pair of 6’x4′ farmhouse-style tables in the Node’s fully-functional woodshop. After we’re done sanding and finishing the tables they will go in […] 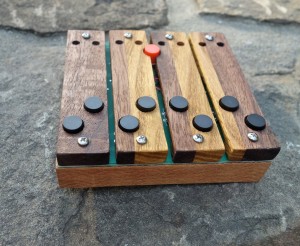 What: The High Zero Festival of Experimental Music presents a Shnth Workshop with Peter Blasser in which participants assemble their own Shnth, a completely customizable handheld analog/digital synthesizer with unusual tactile controls, and then learn to program it via Peter’s custom software. The instrument itself is made from hardwoods that Peter collects and cuts himself […] 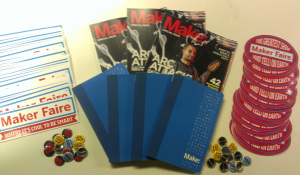 As recently noted, Sherry Huss, VP of Maker Media (the O’Reilly spinoff which puts on Make Magazine and Maker Faire) recently paid the Node a visit. In addition to some exciting time with her at OpenHack, she left is a big box of goodies. We’d like to thank Sherry for a great time and the […]

Come on down the the Node on Thursday June 20th at 7pm for the Shapeways Baltimore Meetup! Lots of people will be here showing off their prints, talking about Shapeways and 3d printing.  Hope you can make it!  RSVP here: http://www.meetup.com/ShapewaysCommunity/Baltimore/971622/ I’ll also be bringing my shiny new Google Glass so you’ll be able to […] 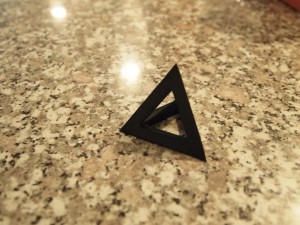 Last night, I went to the Baltimore Node determined to learn how to use the new MakerBot Replicator printer. I sat in front of the machine and read the setup instructions. Then I asked our new president how to use the machine. He said to install ReplicatorG just like the book said. ReplicatorG did absolutely […]